“This wonderful book of conversations offers a rare glimpse into the lived experience of Cold War pacifism in Britain. There are lively accounts of the first direct action protests, the uptake and transformation of Gandhian ideals, and the battle against nuclear imperialism. Ban the Bomb! is highly recommended reading for anyone interested in the stakes of nonviolent resistance.”— Leela Gandhi, Brown University 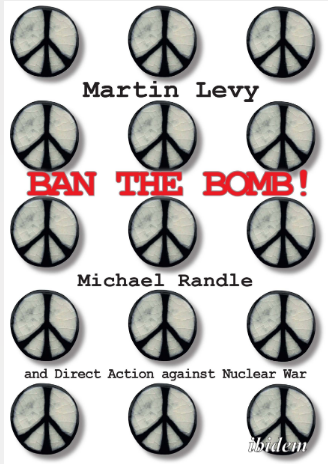 “This book is a fascinating insight into one of the major figures of modern British pacifism. In these interviews Michael Randle talks revealingly about his decades of peace and anti-nuclear activism, and his founding role in such pivotal movements and events as the Committee of 100 and the Aldermaston Marches. The result is a remarkable personal testimony, with a striking cast of characters ranging from Kwame Nkrumah and Bertrand Rusell, to Frantz Fanon and Arnold Wesker. Candid, engaging and often witty, it is also a powerful statement of principle.”— Munro Price, Professor of Modern European History at the University of Bradford

“A fascinating insight into the life and times of one of Britain’s most influential pacifists. Michael Randle’s recollections are piercing and vivid. This is invaluable reading for anyone wishing to understand the challenges and evolution of peace activism since 1945.”— Christopher R. Hill, University of South Wales, author of Peace and Power in Cold War Britain: Media, Movements and Democracy, c.1945-68 (Bloomsbury Academic, 2018)

During the 1950s, Michael Randle helped pioneer a new form of direct action against nuclear war, based on the teachings of Mahatma Gandhi. At the forefront of the British campaign, he worked closely with Peace News editor Hugh Brock (1914–1985) and other distinguished ‘anti-nuclear pacifists’ such as Pat Arrowsmith, April Carter, and Ian Dixon, serving as chairman of the Direct Action Committee against Nuclear War (1958-1961) and secretary of the Committee of 100 (1960-1961). In 1966, he helped ‘spring’ the Russian spy George Blake from Wormwood Scrubs Prison. Thereafter, he campaigned vigorously on behalf of the Greek democratic opposition, conscientious objectors, and Soviet dissidents. He has always been a man of rare candor and singular energy and principles, even enduring imprisonment for his beliefs. Nowadays, Michael lives in Shipley near Bradford, where he continues to write as a respected expert on ‘people power’. Martin Levy’s interviews with Michael Randle introduce the reader to a tumultuous life that is nothing short of extraordinary.

Martin Levy is a librarian at the University of Bradford. He has published books and articles on a variety of subjects including anti-psychiatry, the free universities movement of the 1960s, and 18th-century social history. This is his first book of interviews.