In Never Speak to Strangers and Other Writing from Russia and the Soviet Union, David Satter, one of the world’s leading commentators on Russian affairs, chronologizes his experiences with Russia over the past 40 years. Satter’s collection is a must-read for everyone who wants to understand todays Russia. 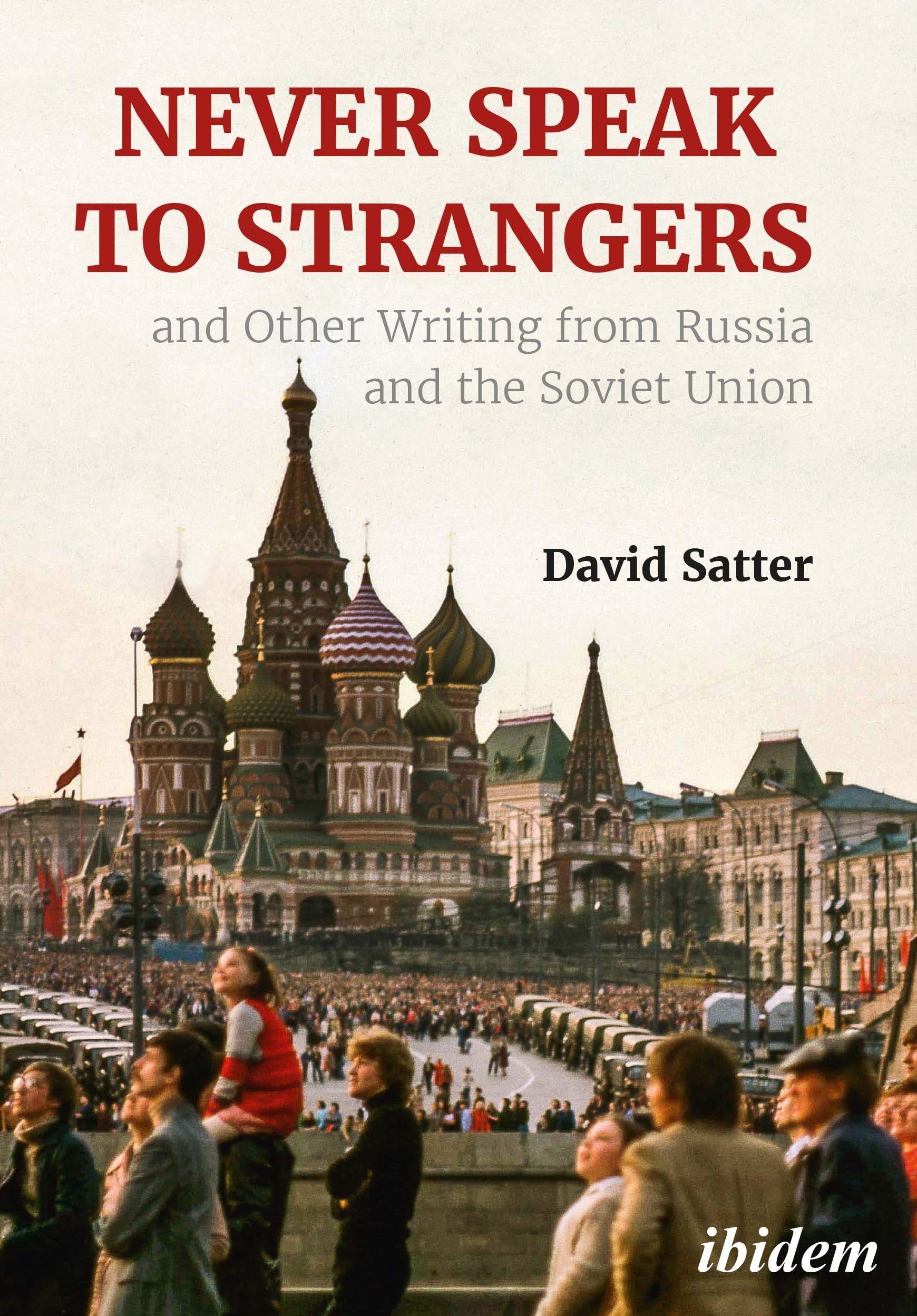 ”Many of our finest journalists have grappled with the moral legacy of Soviet communism, [… but] no one has stayed with the issue longer, dug deeper or thought harder about it than David Satter.”— Stephen Sestanovich, U.S. Ambassador-at-Large for the former Soviet Union, 1997–2001

„My take on this massive collection of essays is that David Satter got things right. Taken together, his essays give us a much-needed framework for understanding Russia under Putin: where it came from, what it is like now, and—the most difficult question of all—where it is headed.“ — Paul R. Gregory, research fellow at the Hoover Institution

David Satter arrived in the Soviet Union in June, 1976 as the correspondent of the Financial Times of London and entered a country that was a giant theater of the absurd. After 1982, he was banned from the Soviet Union but allowed back in 1990, and finally expelled in 2013 on the grounds that the secret police regarded his presence as “undesirable.”

From 1976 to the present, he saw four different Russias, which differed from each other radically while remaining essentially the same. From 1976 to 1982, the Soviet Union was at the height of its world power and its people were in thrall to an absurd ideology. With the advent of Gorbachev’s perestroika, the Soviet population was liberated from the ideology and the state hurtled to its inevitable collapse. When independent Russia emerged from the wreckage, the failure to replace the missing ideology with genuine moral values led to Russia’s complete criminalization.