"The Treblinka Death Camp: History, Biographies, Remembrance" is not the first book about the Treblinka death camp - but it is a stand-out. Webb and Chocholaty's work presents the definitive account of one of history's most notorious death factories, where some 800,000 people lost their lives. The Nazis who ran the camp, the Ukrainian guards and maids, the Jewish survivors, and the Poles who lived in the camp's shadow - every aspect is covered in this stunningly comprehensive work.

For this second, revised edition, the authors have incorporated new information and provided sources for the Jewish Memorial Roll. 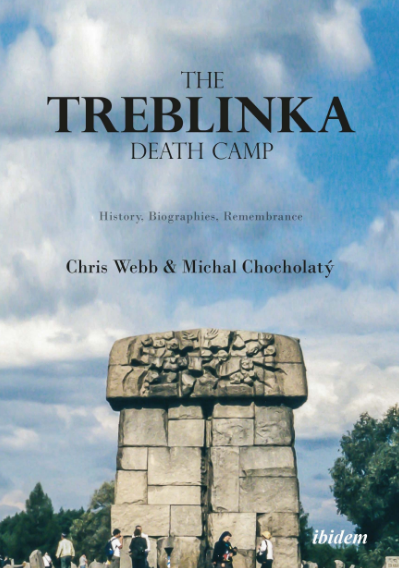 "A mightily important book, one sure to contribute to both scholarly and popular understandings of this human inferno – highly relevant for those wanting to better understand the Nazis' unprecedented, industrialized mass-murder that formed such a horrifically integral part of the Holocaust." – Dr. Matthew Feldmann, Teesside University

“The Treblinka Death Camp: History, Biographies, Remembrance” attempts to provide a Roll of Remembrance with biographies of the Jews who perished in the death camp as well as of those who escaped from Treblinka in individual efforts or as part of the mass prisoner uprising on August 2nd, 1943. It also includes unique and previously unpublished sketches of the camp's ramp area and gas chamber, drawn by the survivors. For this second, revised edition, the authors incorporated new information and provided sources for the Jewish Roll of Remembrance. A significant number of new entries have been added. The Roll of Remembrance has also been greatly expanded to include the names of Jews deported from Germany to Treblinka. In addition, more names have been added to the Perpetrators’ biographies, and other entries have also been enhanced with additional information.

Chris Webb has been studying the Holocaust for over forty years. He is the co-founder of the Holocaust Education and Archive Research Team (H.E.A.R.T), one of the most visited websites on the Holocaust in the world.

Michal Chocholatý is a historian who focuses on Treblinka and Sobibor.